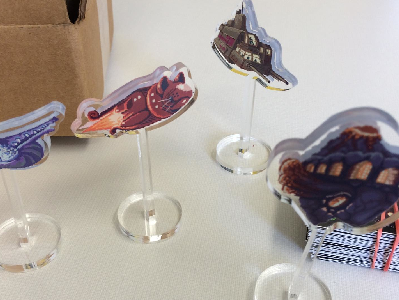 Become a merchant traveling across a section of Western Europe. Leave your family and home with 5 coin in your pocket and try to make a living buying and selling goods for the best price at the whims of the fluctuating market. During your travels one thing becomes clear: the road to success is laden with risk! 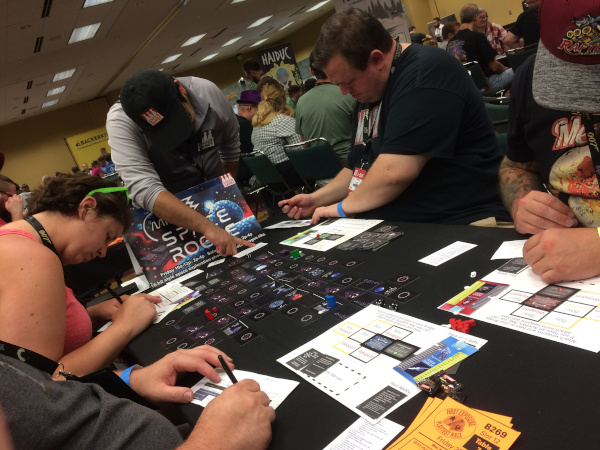 Answer the frontier’s call! Space pirates are swarming the outermost reaches of space and a broken star system cries for help. Steer your small ship toward adventure exploring a new system, salvaging resources, hiring a crew, completing planetary missions, outfitting your ship, and blasting pirates. You aim to take advantage of these dangerous times and get rich quick, but forever looming on the horizon is the destructive Pirate Base that can plunge the system into permanent chaos. Will you strike it rich and save the star system?

Mini Space Rogue is a hybrid cooperative/competitive exploration game with a modular board and spaceships. 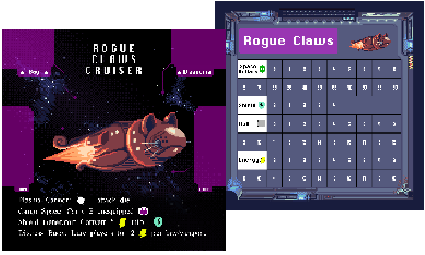 Choose your cruiser and scour the start system for glittering prizes! 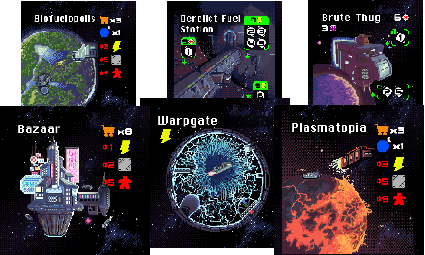 Explore a vast and randomly-generated star system with risk and reward! 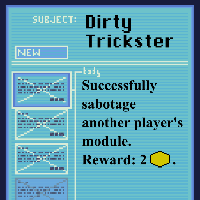 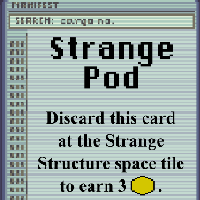 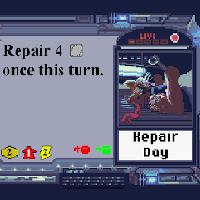 Mini Space Rogue made it to the big time at the Gen Con 2019 First Exposure Playtest Hall with rave reviews. In development since 2016, we're still tweaking balance and exploring viable printable components. Our game art is now complete and we are seeking designers for the box design. We anticpate crowdfunding sometime in 2020.

You can join in the creation of Mini Space Rogue by joining our Facebook fan group!

Notify me when Merchants of Mini Space Rogue releases >>